In the lore of Game of Thrones and House of the Dragon, the people of Westeros follow a religion called the Faith of the Seven. This religion has seven gods, of whom one is the Stranger, the god of death. There is a specific sect in Westeros devoted to the Stranger, known as the Silent Sisters. They have appeared in the series whenever death has occurred. This article covers everything we know about the Silent Sisters.

Read more: Bracken and Blackwood feud explained: Why the Riverlands houses hate each other

Who are the Silent Sisters?

The Silent Sisters are an order of women belonging to the faith of the seven. They serve the Stranger and hence are often referred to as the Stranger’s wives and the handmaidens of the Stranger. Their name comes from the vows of silence and chastity that they each take when initiated. They dress completely in grey, and they cover their entire body and face, save for the eyes. Their main function is to prepare bodies for funerals after death. They make the people of Westeros nervous, as they feel it is bad luck to look upon the faces of the dead.

Read more: Who is Lyonel Strong in House of the Dragon?

Appearances in the Game of Thrones / House of the Dragon

In House of the Dragon, the Silent Sisters prepare Ser Vaemond Velaryon’s body for its return to High Tide after Daemon kills him. Rhaenys watches them as they work. The high Septon tells Rhaenys that she may wish to leave the Silent Sisters to their work, as it is ill luck to look upon the face of death. Rhaenys replies that the Stranger has visited her so many times that it makes no difference to her.

This is in reference to the death of her daughter and the assumption that her son has also died. In Game of Thrones season 1, we see the Silent Sisters in the first episode as they prepare the body of Jon Arryn for his funeral. They perform an elaborate funeral rite for him. It involves placing two coins on his eyes and circling his body while bowing to it, holding vessels with burning incense.

Melisandre belongs to the order of Red Priestesses, who worship the Lord of Light and are not celibate. Immediately after this, she seduces Gendry, so she can extract his blood for a magical ceremony. After Joffrey Baratheon dies of poisoning at his wedding, his body lies in the Great Sept of Baelor.

Read more: Decoding Helaena’s “Beware the beast beneath the boards” prophecy from House of the Dragon Episode 8

Appearances in Fire and Blood

The Silent Sisters stand vigil over his body, along with the High Septon and the other Septons. In Game of Thrones season 5, Cersei discusses the safety of people from religious orders with the High Sparrow. At this point, he mentions that the Silent Sisters are being assaulted by rogue soldiers. In fire and blood, the Silent Sisters tended the body of King Viserys I after his death. However, they were not allowed to do so for an entire week, as Queen Alicent and the Green council kept the death of the king a secret.

During the Dance of the Dragons, Silent Sisters were among the victims of the carnage, with many of them assaulted during the Sack of Tumbleton. In the aftermath of the Dance of the Dragons, Lord Cregane Stark sat on the Iron Throne to pass judgment on the wrongdoers, in an event known as the Hour of the Wolf. After sentencing Larys Strong to death, Stark handed his body over to the Silent Sisters.

Read more: Decoding Helaena’s “Beware the beast beneath the boards” prophecy from House of the Dragon Episode 8 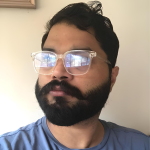