House Velaryon is the wealthiest house in the realm, with the strongest fleet in the Seven Kingdoms. The heir to this house is Corlys Velaryon and Princess Rhaenys Targaryen’s eldest child, Lady Laena Velaryon (Nova Fouellis-Mose). In episode 2, she is proposed to marry King Viserys I when she is only 12 years old. The audience was understandably taken aback, so much so that Laena trended on Twitter for quite a while.

Laena was born in 92 AC, to Rhaenys Targaryen, and great-granddaughter to King Jaehaerys I. Her gender was of huge debate while she was in the womb. If she was born a boy, her mother’s claim to the Iron Throne would be strengthened. Princess Rhaenys was the named heir to Prince Aemon Targaryen, the heir to King Jaehaerys I. But seeing as no woman had ever sat the Iron Throne, she was not chosen to be the Queen. Before the Great Council chose Viserys Targaryen’s father as the rightful successor over Rhaenys, Laena’s claim was put forward to them once more but was passed over, on account of her gender.

Read More: What Aegon’s dream of A Song of Ice and Fire means

Laena Velaryon in the books

Laena is described as bold and beautiful. We see a glimpse of her boldness in the show as she talks with grace and confidence to her King at such a young age. She has her mother’s beauty and her father’s adventurous spirit. She is also a dragon rider, with her dragon being Vhagar. Laena is said to “show more interest in flying than boys”, and is untroubled after King Viserys does not choose her for marriage.

Corlys Velaryon then betrothed her daughter to a son of the Sealord of Braavos, the ruler of the Free City of Braavos. After the Sealord dies, his son comes to Driftmark, the ancestral seat of House Velaryon to wed Laena. But, for nearly ten years, Corlys kept postponing the marriage.

After the War of the Stepstones, Daemon Targaryen arrived at Driftmark in 115 AC and reportedly fell in love with Laena. The Sealord’s son challenged him to a duel Daemon defeats and kills him. Laena and Daemon flew to Pentos on their dragons knowing the king and the court would not agree to this marriage. Laena later gave birth to twin girls in 116 AC and returned to Driftmark with Daemon.

She later dies after complications during her next childbirth. Laena gave birth to a deformed son who died within an hour of his birth. She was deeply in grief and contracted childbed fever which weakened her even further. Even as she lost her strength rapidly, Laena wanted to fly her dragon, Vhagar, one last time. She collapsed on her way to Vhagar, and Daemon carried her back to bed. Both Daemon and Rhaenyra sat beside Laena as she took her final breaths. She died in 119 AC.

Read more: What is House of the Dragon about? The Targaryen Civil War explained

What can we expect from Laena in the show?

So far, Laena Velaryon only gets a few minutes of screen time, but that doesn’t make her any less important. Laena’s character journey will depend on Daemon, and so far, it follows the books quite well. We can expect them to marry in the show, following Daemon and Corlys’ war against Craghas Crabfeeder. The union of House Targaryen and House Velaryon is necessary for the long run. We know the show will depict the tension and war between Rhaenyra and Aemon II to succeed on the Iron Throne when the time comes. Rhaenyra needs the power of House Velaryon by her side, and Daemon and Laena’s union will make sure of it.

We can expect Laena to be a silent but strong supporter of Rhaenyra’s claim to the throne with her naval and dragon power. Since she is disinterested in politics in the books, we can expect Daemon to lead House Velaryon in the coming civil war between Rhaenyra and Aegon II, Dance of the Dragons.

Will Laena ride Vhagar in the show?

Laena claims the dragon Vhagar when she is around 12 in the books, but in the show, even the King does not know exactly where Vhagar is. Vhagar is the largest female dragon alive from Valerian times and plays a huge role in the books. After Laena’s death, Aemon II, Rhaenyra’s opposition, claims Vhagar. Thus, the ultimate and deadliest civil war will see both Rhaenyra and Aemon II on their dragons.

Since Laena is already twelve years old in the show and is yet to claim Vhagar, will we ever see her become a dragon rider on the show? One thing is for certain, Vhagar is monumental to the storyline, but whether Laena will ever claim it, is under question after episode 2.

Read Next: Could Alys Rivers be Melisandre in House of the Dragon? 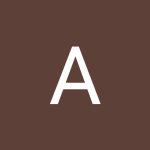