The success of Game of Thrones was littered with a minefield of controversies, and some of the most explosive ones were those labelled as “nudity and sex scenes”. Over the years, fans, critics, and the actors themselves have come up with their own ideas and experiences regarding how they felt about those scenes, and they vary a lot, from funny, annoying, to downright scary and uncomfortable. However, there are some people who are well-versed in the act of filming love-making sequences, and help the performers get cozy in front of the camera, known as intimacy coordinators. And Game of Thrones alum Sean Bean recently pointed out that these so-called “coordinators” seem unnecessary to him.

Bean spoke to U.K.’s Times Magazine about how intimacy directors often ruined his spontaneity, distracting him from the act. He even went on to say his Snowpiercer co-star, Lena Hall, was a natural because she’s had a cabaret background, to which the actress responded with a really long tweet. She wrote, “Just because I am in theater (not cabaret, but I do perform them every once in a while) does not mean that I am up for anything.”

I probably need to clarify some information in this random article since people are reaching out to me like "girl, are you ok?" https://t.co/mBH16KKP8A

Hall added, “If I feel comfortable with my scene partner and with others in the room then I won’t need an intimacy coordinator,” she wrote. “BUT if there is any part of me that is feeling weird, gross, over exposed etc… I will either challenge the necessity of the scene or I’ll want an IC.”

“I do feel that intimacy coordinators are a welcome addition to the set and think they could also help with the trauma experienced in other scenes. Sometimes you need em sometimes you don’t but every single person and scene and experience is different.”

intimacy coordinators establish an environment of safety for actors. i was extremely grateful for the one we had on WSS— they showed grace to a newcomer like myself + educated those around me who’ve had years of experience.

spontaneity in intimate scenes can be unsafe. wake up. https://t.co/bpxT2DVU1R

What do you think of Sean Bean’s comment? Tell us in the comments below!

Read Next: House of The Dragon’s first season will be devoid of any sexual violence 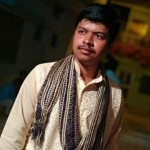