Who among us doesn’t remember Joffrey Baratheon? Well, the actor who played him in Game of Thrones, Jack Gleeson recently married his long-time girlfriend, Roisin O’Mahony, in an intimate service on Saturday. The event took place at Church of Sacred Heart of the Glen in Ballinskellings, Ireland. Roisin is a UK-based actress, director, and comedian.

Jack donned a simple green linen shirt and a pair of brown trousers and shoes. While Roisin wore an A-line pastel-toned dress with capped sleeves. Roisin is also an actress known for her movies like Mild Thing, Jekyll and Hyde, and Not a Hero.

The Parish Priest Fr Lynch told Independent.ie, that the mass was a pre-wedding ceremony and there will be a second occasion in England shortly.

The Fr added, “We had a lovely, prayerful, dignified wedding ceremony.” He said, “Jack texted me this morning to say that it was such a wonderful, moving ceremony and afterwards they went for a meal.”  The couple celebrated their nuptials in a relaxed environment in an intimate setting with their family.

It’s great to see Jack Gleeson happy and healthy and also a part of what seems like a lovely wedding ceremony, a nice contrast from his character in Game of Thrones. Jack has recently appeared in several stage shows, including at the Kilkenny Cat Laughs festival. He will also appear in the upcoming movie, In the Land of Saints and Sinners.

Read More: What the ‘House Of The Dragon’ cast looks like in real life

In this article:Game of Thrones, Jack Gleeson, Joffery, Wedding 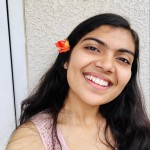