One final time jump this season brings us up to speed. Six years after the events of the previous episode, the draconic drama is about to truly unfold now that episode 8, “The Lord of the Tides” gives us the series’ inciting incident at last.

More: 16 details you might have missed in House of The Dragon Episode 8

The Future of Driftmark

Lord Corlys Valeryon has been away from Driftmark for almost six years. He leaves Princess Rhaenys to preside on the Driftwood Throne. Of course, she is more than capable, queenly as she ever was. All of the havoc and pain that has ensued since that time could have been avoided, and Westeros would have had a much more capable ruler than poor Viserys).

Upon receiving news of troubling events, Corlys’ brother is quick to bring up succession. Rhaenys asserts that such matters have already been decided by Corlys himself. (Shoutout to this woman for upholding his decision even though she so strongly disagreed with it.) But Vaemond is not satisfied, and decides to take his case to the highest level.

And so, it’s time for a reunion.

See more: Everything we know about Aemond Targaryen

In the six years since Rhaenyra & Daemon’s wedding, their relationship has blossomed into a comfortable love. Their shared gaze is understanding, excited, and filled with a mutual respect. With two young children and a third on the way, their Targaryen lineage is growing stronger, bolstered by Daemon’s dragon egg spelunking. The larger the number, the better the claim to the throne and the legacy of the family.

Still, after the power-move of “offing” Ser Leanor last episode, they certainly spent a lot of time politically inactive, even as Alicent has made herself more at home in the Red Keep. (Olivia Cooke’s turn as the character has now settled in nicely.)

Finding solace in religion (as many conservative fanatics do), Alicent has given the castle a makeover from bacchanalian décor to the austere symbolism of the Seven. The clear visual changes mirror the power shift: the Targaryen King’s health has deteriorated and in his absence the Hightowers have found a comfortable foothold.

See more: When will Fire & Blood Book 2 be released?

Claimants to the Driftwood Throne gather to argue the validity of their standing. Queen Alicent has positioned herself to be the judge, her father the jury (and Daemon will surprise as executioner).

Despite the fact that Rhaenyra’s children are clearly not of Valeryon blood, to speak such is considered treason. But that doesn’t mean the legitimacy of Rhaenyra’s children’s bloodline is safe. She (rightly) fears that these old accusations will come newly to light. In preparation for the attack, she boldly approaches Rhaenys, then desperately pleads with her father, needing support however she can find it.

Both show up for her. Although Rhaenys made no pains to hide how much she could see through Rhaenyra’s ploy, the Queen Who Never Was devastates again with an inherent classiness and silent wit.

That is well, but it is the King himself who really shows up for his daughter, and that makes all the difference.

Rest in peace and power, and Valar Morghulis to Vaemond Valeryon. Although he wasn’t politically crafty or intentionally very charming, he valued the truth. That is nobler in intent than most in Westeros can say. It may have been refreshing to see a moment of Daemon chaos in the reactionary beheading, but it is a shame to lose one of the few characters who are not white, especially so unapologetically.

Read More: Everything We Know About Vaemond Valeryon

Long May He Reign

A lot of remarkable things happen in the throne room scene. Not least of which is Vaemond loudly voicing those accusations to Rhaenyra and her children. Following it is a clean valyrian steel slice administered by our favorite rogue prince. This is an act young Aemond Targaryen notably admires.

But this scene, as with the episode, was truly about King Viserys and the end of his tragic character arc.

With each episode that has passed, it has become more of a miracle that this sickly King has stayed alive for as long as he has. Now we see how truly weak he has become, grotesque and suffering, enduring incredible pain even at rest.

So it is no small feat to reclaim what lucidity and personal power he has left in order to show up for his daughter. Especially after so many years of estrangement.

His long walk to the Iron Throne is a laborious, beautiful dramatic journey, climbing up the steps to the throne an arduous last personal challenge. The crown falling from his head was an accident that happened during filming. But Matt Smith stayed in character, stepped up, and so although it was not scripted we got to see Daemon help his brother to the throne, a silent making of amends after so long.

Despite the amount of time that has passed in the first eight episodes, structurally a lot has happened in the building climax of action. So it is fitting that the show give us a moment to pause and enjoy a moment that focuses on family, which is really the crux of the story.

This choice is contextually grounding, and dramatically empowering. It beautifully realizes what have been Viserys’ priorities all along: the joy of peace, and the importance of family. Plus, after Viserys’ failed party planning throughout the season, it is sweet to see this one go off so well, at least while he is well enough to stay.

While the King is present, we see moments of levity and real human connection by those around the table. This is meant to give us hope. But, like Game of Thrones, if you think this has a happy ending, you aren’t paying attention. And although remaining tensions between Rhaenyra & Alicent might have started to be healed (we’ll see how long that lasts), it is the younger generation who antagonizes each other precariously close to serious violence.

Rhaenyra & Daemon’s children (all of them) seem sweet, but maybe a little naïve after being away from the capital for so long.

Meanwhile, Alicent’s children are wretched in their own ways (though Helaena and her offputting prophesies are merely strange). Partially because of the nature of their parenting from a resentful mother and absent (dying) father.

Aegon is a weak-willed drunkard and rapist (the latter of which deserves no sympathy, so let us hope for a painful death for this little sh*t). But Aemond is strong-willed and full of personal ambition at the expense of all others. Having declared himself rider of Vhagar six years ago, he’s since taken pains to train hard and build himself up as a formidable presence. Having now bested Ser Criston Cole in training (and Criston had bested Daemon in the past, among others), we know he’s not one to trifle with.

Perhaps things would have turned ugly, but Daemon stepped in to stop things from needlessly escalating. We can tell that Aemond idolizes Daemon, and that – for now – is the reason his hand is stayed. But for how long?

See More: Everything We Know About Heleana Targaryen

Get that man an Emmy

MVP of the cast this episode (and perhaps this season) is Paddy Considine for his perfect portrayal of King Viserys.

When I say “perfect,” I mean it. George R R Martin himself told the actor that Paddy’s version of the character was better than his own. Under Considine’s composure, King Viserys would make Shakespeare himself proud.

Paddy, meanwhile, has joyfully revealed that one of his approaches to playing the character was to do so like a drag queen. Along with whatever else he mined in his theatrical depths, it really worked.

Viserys has been larger than life, yet the most human character of the ensemble, his flaws blatant yet endearing. We’ve seen his pride, his weakness, his kindness, and his prioritization of peace. Considine brought this character to life with humor and love, and filled up every moment on screen.

“The Lord of the Tides” gives Viserys a great send-off that makes for some of the best television of all time. Each of the character’s living desires was addressed in some way, and his death scene was phenomenal. (Notable work this episode from director Geeta Patel, along with the prosthetic, hair, makeup, and special effects teams.) From the detailed acting of his excruciating illness to his dynamite supper monologue and his final scene, Viserys departs a total slam dunk of theatrical and cinematic performance.

We will miss Paddy Considine. He’s a generous actor that elevated everyone around him. For evidence, simply look at Matt Smith reacting to him in each scene. There will certainly be more tragic deaths to come. But unlike so many in the world of Game of Thrones, this one was truly poignant, poetic, and beautifully pathetic.

See More: Top 5 Moments from House of the Dragon Episode 8 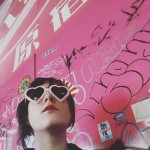 V Cate (they/them) is a freelance writer, independent artist, magic practitioner, and avid fanboy of all things fantasy and sci-fi.